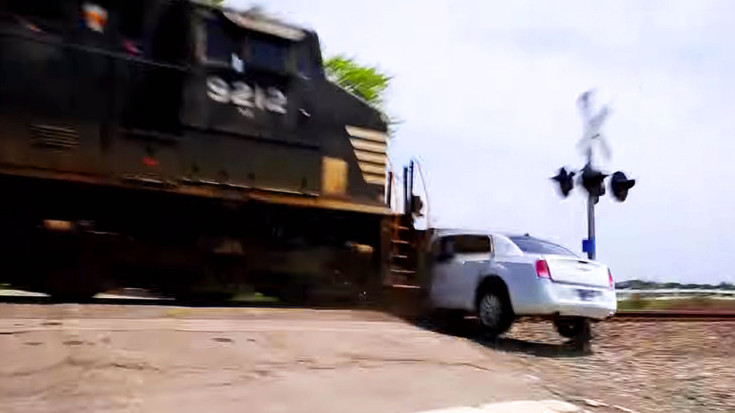 Grade crossing catches another one…….

Teenagers celebrating their friends 16th birthday weren’t quite ready for the surprise they were about to receive when their stretch limousine attempted to cross the railroad tracks. Unfortunately for all those in the limo, the vehicle bottomed out and became stuck on the tracks. As if their luck just couldn’t get any worse, a train just happened to be making its way to the crossing!

According to photographer Norman Noe, things went from bad to worse within minutes. Noe began filming after all of the limo’s occupants were safe stating that: “we tried to push the limo, but not even a minute later, you can hear the train is coming, so everything happens in less than two minutes.”

The approaching train was unable to stop and plowed into the stretch Chrysler 300. In the end, this accident (and almost all train crossing related accidents) can be summed up by the conversation between the limo drive and the trains engineer:

Thankfully, there were no casualties or injuries.