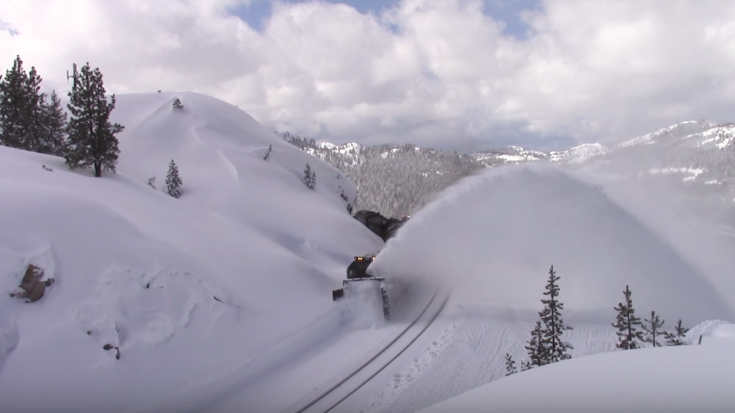 Affectionately known as the War Wagon, the rotary snow plow is only called out when mother nature has worked overtime!

Seen here on the Donner Pass on the western side of the Sierra Mountains in California, it is not uncommon to have heavy snowfall over the pass during wet winters on the coast.


Let us know if you have ever seen one of the beasts in action. We would love to hear about your experience!