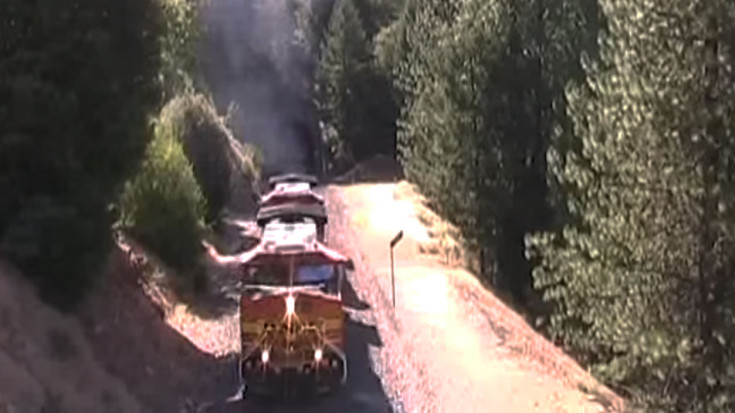 Built in years 1905 through 1909, the Feather River Canyon Route was conceived and built by the Western Pacific Railroad. Surveyed by Arthur W. Keddie in 1867, the idea of a railroad took shape. The route would crisscross the river and would be carved out of and tunneled through solid granite cliffs.

The Feather River Route was finished in 1909 and spanned a total 927 miles at a cost of $75 million dollars to build!

Located in the beautiful Sierra Nevada foothills in Northern California, the Feather River Route is north of Truckee, California and the infamous Donner Pass. Known for the natural scenic beauty of the area, the line extends east to west across Butte and Plumas Counties.

Let us know if you have ever ridden through this area or have had the chance to engineer a train. We love to hear from you!