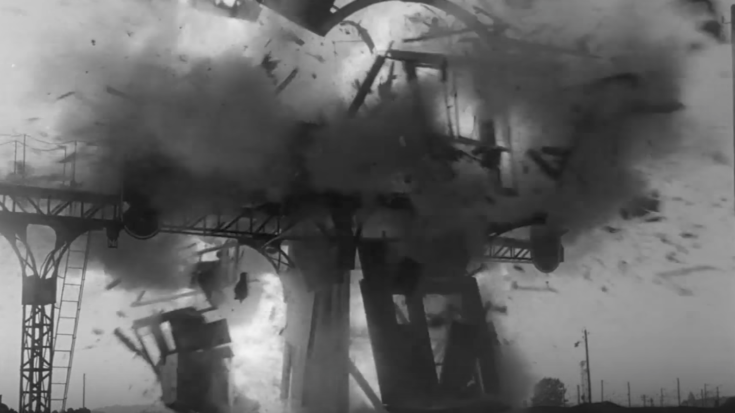 1964 movie The Train starring Burt Lancaster is set in August, 1944 in a Paris train marshaling yard during the waining days of World II. There is plenty of action in this 140 minute movie, however, this air raid scene is one of the best.

Imagine waisting all of the railroad cars, track, and locomotives to shoot one scene on one take! Amazing special effects include 140 explosions blowing up railroad tracks, locomotives and signal towers.

The main target of the air raid is the German armored train shown next to the building. Burt Lancaster is trying to get a train loaded with Nazi looted artwork and museum treasures out of the marshaling yard before the bombs start to fall.

Some of the special effects items used: