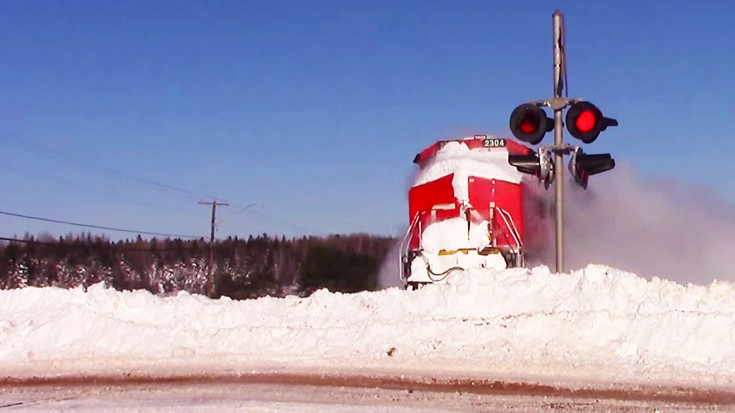 Just another day on the job for CN Engine #2304, the snow had fallen, but there were places to go, and things to do. This train had no intention of being stopped by any obstacles in her way, especially not snow!

This engine is absolutely decimating the snow in its path all without a plow!

Engine #2034 is the star of the show in this clip as she and her load tear down the tracks, sending powder flying everywhere! The engine proceeds down the tracks, acting as its own snowplow! Not wanting to disappoint, #2304, slams into a snow bank at the edge of a road crossing creating an explosion of snow for its grand finale! Even Michael Bay would be proud!