You Think The Donner Party Had It Rough…….. 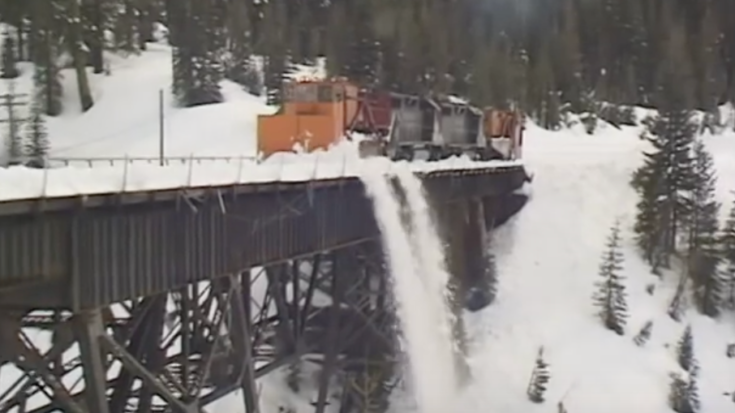 It’s down to the nitty gritty for these snow removal teams!

Deployed when the flanger’s capabilities are not enough, the Jordan Spreader is pushes tons of snows off of the tracks!

Shown here after an accumulation of 4-6 feet of snow during the day, the crew sets out to clear the tracks with temps hovering in the low teens.

With white out conditions visibility of 10 feet, theHistoric Donner Pass in the Sierra Nevada Mountains presents major challenges to the railroad during the winter.

Beautiful, but dangerous in winter, as the Donner Party found out. Snow drifts can reach 20 feet or higher! Snow sheds were built in steeper portions of the line and proved effective. But for the most part, the tracks are open to the elements.

The Donner Pass in California can accumulate over 65 feet of snow in a single season!

This Jordan Spreader is one of the “J” series with the cab forward, small platform at the rear, built around 1962. She also has, by spreader standards, a medium blade, broken wing, and hydraulic brace locks.

Let us know if you would like to have this job! We would love to hear your comments!