The Tracks Are Under These Weeds Somewhere 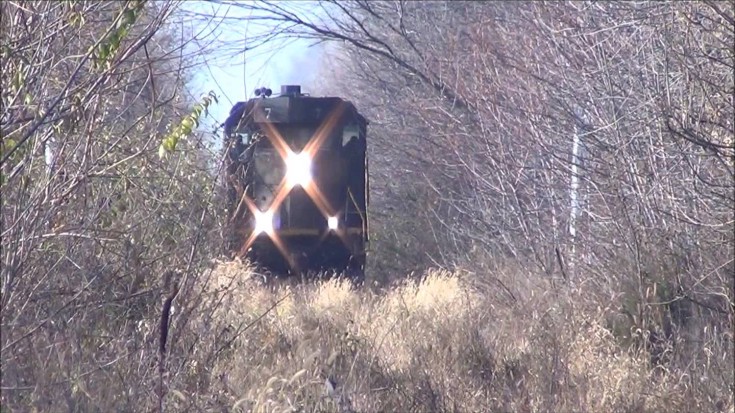 This old GP11 takes it slow and easy!


Ambling at a slower speed, the CNUR#7 works her way through the brush on rails that were laid as far back as 1890!

Originally built over swamp ground, much of the track is in disrepair as can be seen here. On this occasion, the CNUR#7 (reporting mark for the C&NC Railroad) happens to be on the Maumee and Western Railroad Class III shortline .

The Maumee and Western Railroad (MAW) operates between Woodburn, Indiana and Liberty Center, Ohio. The CNUR#7 is shown here outside of Cecil, Ohio.

The track is in terrible shape and has not had maintenance for over 60 years at least. The previous owners put no money into the line. It is now under the ownership of Pioneer Railcorp Company who are slowly replacing decayed cross ties and broken rails.

Derails are a common occurrence on this stretch of track!

Can you imagine engineering a locomotive through 51 miles of track in this condition?


The CNUR#7 is actually a GP11 unit rebuilt from GP7, GP9, or GP18 parts that were all assembled by the Illinois Central Railroad’s Paducah shops.

Let us know if you live near by or have seen trains and engines rumbling down these tracks. We would love to hear your thoughts!