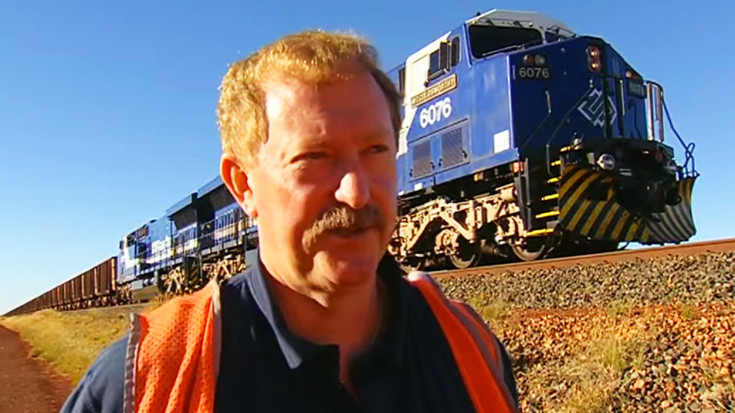 The Guinness World Record for the longest and heaviest freight train was set in 2001 by BHP Billiton’s ‘Mt Goldsworthy’.

Located in Australia’s Pilbara region, she is an iron ore train operating in Northwestern Australia and is part of the Goldsworthy and Mount Newman Railway.

The day the record was set, the “Mt Goldsworthy” hauled ore from the Yandi and Newman mines to Port Hedland. It was a 10 hour journey with 682 cars loaded with iron ore and measured a whopping 4.5 miles long!

It took 6 minutes for the train to pass at railroad crossings!

Let us know your experiences fron “Down Under” if you have seen trains like these in action!