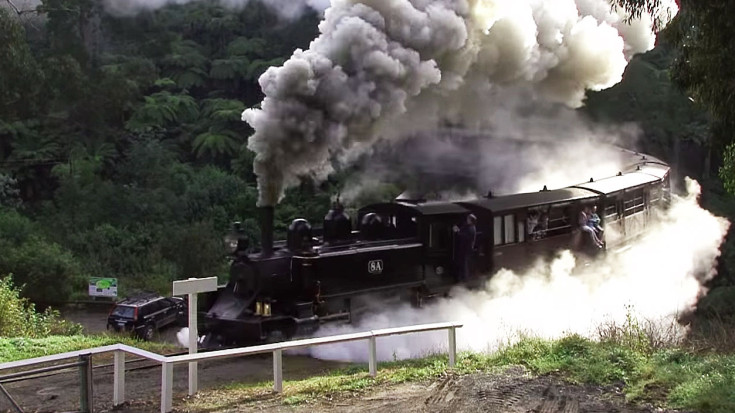 Australia is well known for its deep steam routes, and its Puffing Billy Railway is no exception! Opened in 1900 the narrow gauge heritage railway in the Dandenong mountains (just outside of Melbourne) is one of the most well known heritage railways in Australia!

This clip features the 8A, 14A and the G42 Locomotives!

Constructed by the now defunct Victorian Railways, it is a survivor of the railroad companies four experimental 2ft 6in narrow gauge lines!

The railway owns every last surviving narrow gauge locomotive of the former Victorian railways, and all of the locomotives have been restored except for one! This fleet of narrow gauge steamers consists of one G class Garrat the G42, as well as six 2-6-2T Class Locomotives: 6A,7A, 8A, 12A, 14A, and 3A which is currently unrestored!

Puffing Billy is now a favorite among railfan tourists and steam trains operate year round!

Have you visited this famous Australian railway? We’d love to hear about your time there!