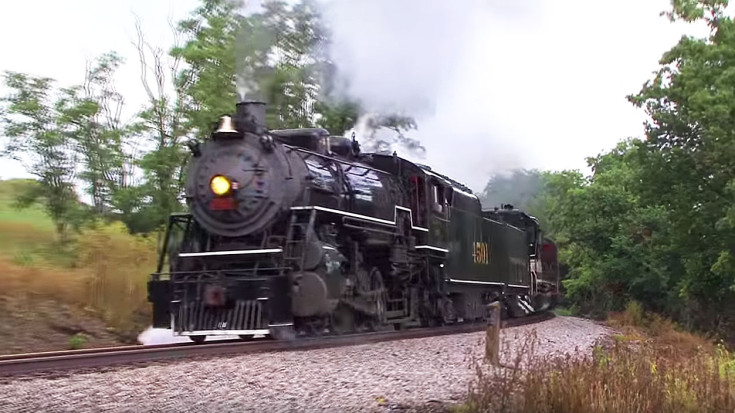 Literally, she was the 1st of 185 Mikado 2-8-2 steam freight locomotives ordered by Southern Railways from the Baldwin Locomotive works back in 1911. Mainly used as a freight hauler, #4501 saw many years of reliable service until her retirement in 1966.

The Southern #4501 worked on many of the divisions of the Southern Railway system including Tennessee, Virginia, Kentucky and Indiana.

Now used for public excursions from the Bristol, Virginia, depot, she hauls the public to different excursion destinations, including Bulls Gap, Tennessee.

Her most recent restoration was completed in 2014, including upgrades to her feedwater heater and a automatic stoker.

Some quick facts about Southern #4501:

Let us know if you seen or have ridden on one of the Southern #4501 excursions. We would love to hear about your experience!