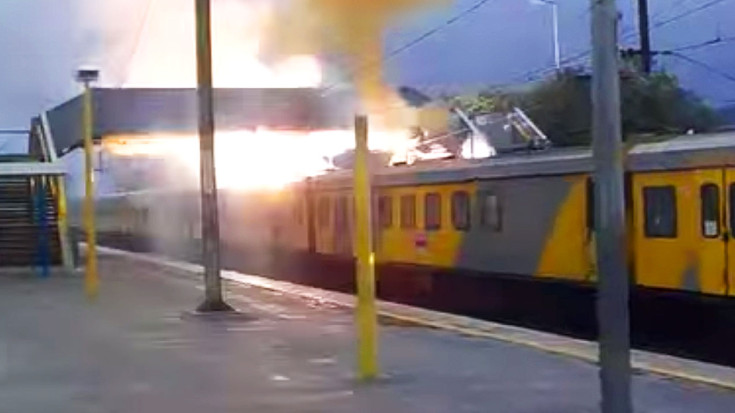 Talk about a short circuit! Something went horribly wrong with this Metrorail train!

You would think someone would turn off the electricity to the line!

Commuters got quite a surprise on this day as the 3000 V DC lines overhead began to arch above the Class 5M2A electric locomotive! What would you do if you were inside one of these cars?

You would think they would have emergency fuses or breakers to cut the flow of electricity. Even if you were standing on the platform, you should still get away as far as possible!

The pantograph (a diamond shaped metal apparatus mounted on the roof of an electric train to collect power) ) could have been lowered to break the connection possibly.

Let us know if you have ever seen anything like this and if you think the electricity could have been shut down!