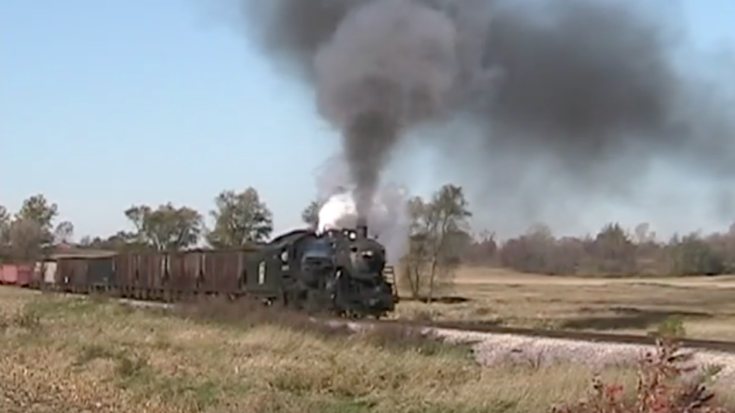 The Wisconsin & Southern Railroad was kind enough to let the Soo Line 1003 run on her rails as well as providing the old box cars for a photo op.

Seen here starting her journey in Fairwater, Wisconsin, Soo Line 1003 made her way through the Wisconsin countryside eventually ending up in Waupun.

Soo Line 1003 is called a Mikado type 2-8-2 locomotive. The first locomotive of this 2-8-2 wheel arrangement was built for the Emperor of Japan back in 1897 by the Baldwin Locomotive Works for the 3 ft 6 in (1,067 mm) gauge Nippon Railway of Japan. Mikado was an ancient term for Emperor and the name just stuck to this class of locomotive.

Soo Line 1003 is currently owned by Steam Locomotive Heritage Association and is based in Hartford, Wisconsin. She originally cost $25,654 to build and was delivered to the Soo Line in 1913.

Some quick facts about Soo Line 1003

Let us know if you have ever had the chance to see this locomotive on excursion. We would to hear about your experience!