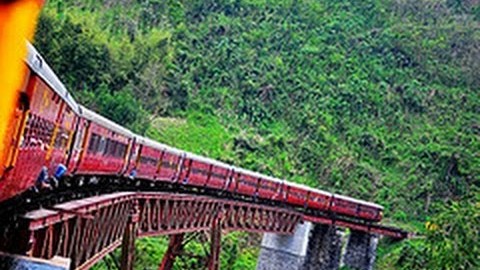 Northeast India’s 115 year old track is one of the most dangerous in the world!


It is called the Meter Gauge railway because the track is narrow ( 3ft 3/38 in) and is currently going under renovation to widen the gauge to standard.

Not only are the current tracks ancient, but the geography makes traveling dangerous due to the remote areas reached and the lawlessness that often accompanies non-policed areas.

Never the less, this is a most beautiful video of the Indian countryside and gives an interesting perspective from the passengers point of view.

Located in the state of Assam in the Tinsukia District, this railroad reaches deep into an outlying area of India that is surrounded by China in the north, Bengladesh in the south, and Myanmar in the southeast.

As can be seen in the video, they are using a ALCO DL535A/YDM-4 diesel electric locomotive.

The YDM 4 is the most successful diesel locomotive used in India!