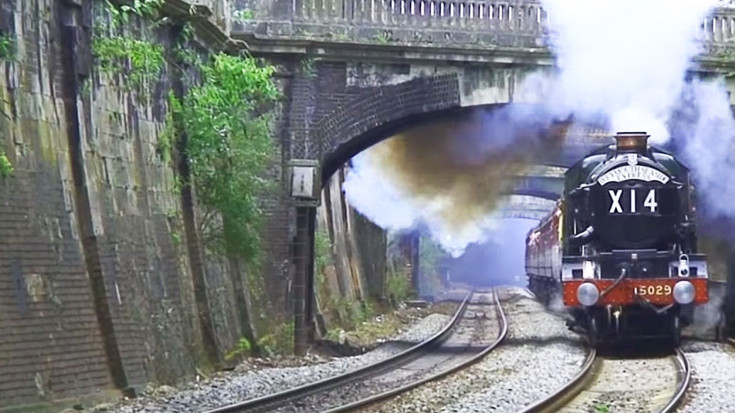 Engine #5029 of the GWR 4073 class makes an awesome appearance at the Sydney Gardens, the oldest park in the city of Bath, England. #5029 also known as Nunney Castle, was built in 1934 and has quite the “track” record!

During the first day of the World War II Evacuations, #5029 Nunney Castle was there on the front lines, hauling passenger trains filled with children being saved from the horrors about to befall London, transporting them to the countryside! The Locomotive also has the prestigious honor of hauling the British Royal Train in October of 1957 from the London Paddington station to Gloucester!

Have you seen the Nunney Castle, or any other 4073 class locomotives? We’d love to hear about any sightings you might have had!