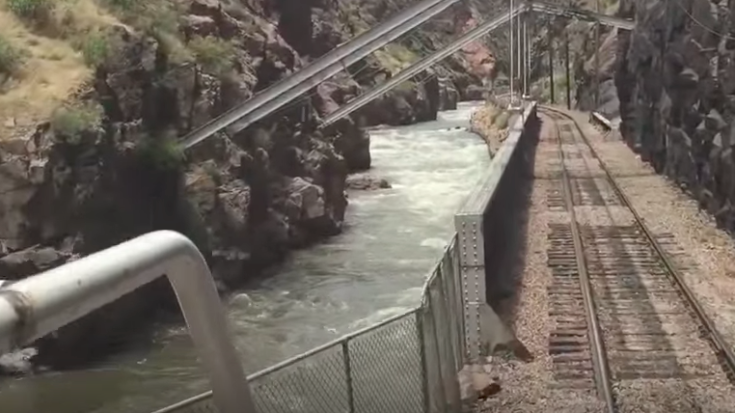 Originally conceived out of the 1870s silver rush in Colorado, the Royal Gorge Route Railroad was blown out of solid granite!

An early construction war broke out between the Rio Grande and Santa Fe railroads as to who could beat the other laying track and claim the right through the canyon. Since the canyon was so high and narrow, only one track could ever be built along this 12 mile stretch from Canon City to Leadville.

The two railroads noticed early on the bonanza of mining activity which lead to a race to lay track from their existing lines in the Arkansas valley to the mouth of the canyon. The steep canyon walls of igneous rock prevented more than one track being laid.

Ultimately the Santa Fe graders blocked the mouth of the canyon and any further progress by the Rio Grande Railroad was halted.

At some points in the canyon, the walls are as high as 2600 feet and as narrow as 30 feet at the bottom!

Let us know if you have taken a ride on this scenic journey through the Colorado Rockies. We would love to hear about your experience!