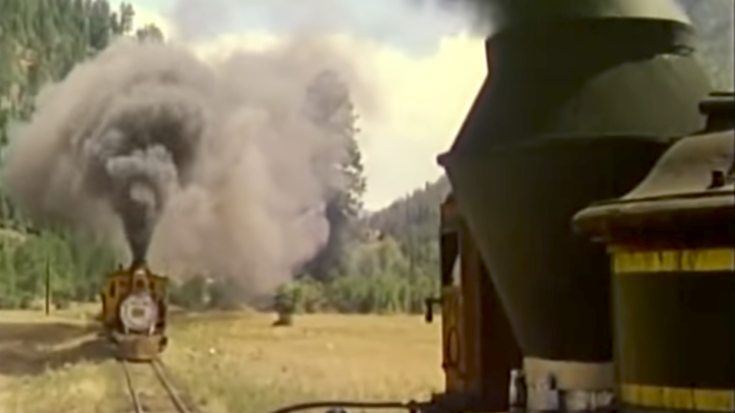 You only get one take on this one!

Who would have thought that a railroad itself could become a movie star?

Back in 1952, the movie “Denver and Rio Grande” by Paramount Pictures was filmed on the actual Denver & Rio Grande Railroad in Colorado!

The film dramatized the history of the building of the Denver & Rio Grande Railroad in which the D&RGW and the Atchison, Topeka and Santa Fe Railway (called the Cañon City & San Juan RR in the movie) clashed while trying to compete for space to build their tracks.

The two rival track gangs actually had armed confrontations for trackage rights along narrow canyons and gorges while constructing their own separate railroads!

The movie starred Edmond O’Brien and Sterling Hayden and featured a staged head on train crash in which the 2-8-0 Locomotives 268 and 319 were used. Both locomotives were donated by the D&RG because they were destined to be scrapped at the time.

Note: Notice the pyrotechnics went off a split second before the two engines actually collide!

Although damaged was severe to both locomotives, they somehow managed to remain upright on the track after the explosions and crash!

Let us know if you are saddened by the destruction of these two classic locomotives used in the movie. We would love to hear your comments!