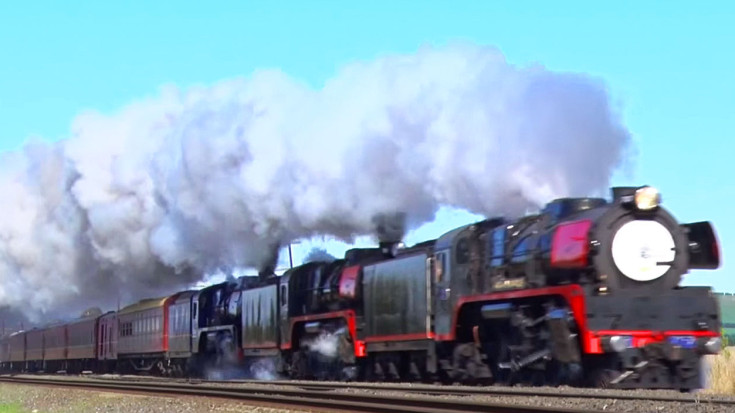 This year marked a very special milestone for Australian steam fans! The proud R Class engine #707 of Victoria Railways is celebrating its 30th anniversary since returning to main line operations and service!

The ‘Hudson’ 4-6-4 type locomotive earned itself a special trip, from Melbourne to Seymour, featuring two of R707’s sister engines, R761 and R711! This is particularly special, as two different operators worked in conjunction to make this tour possible, as R707 is run by ‘707 Operations Incorporated’, whilst her sister engines are run by ‘Steamrail Victoria’!

R class engines were initially planned as 4-6-2’s, but increased traffic due to WWII changed Victorian Railways needs, and so they became 4-6-4’s!

This rare opportunity to not only ride, but to see an R class triple header is one not to squander! The last event of this kind took place 15 years ago, and who knows when it will happen again! Luckily for those were not there to see it, Youtuber MattOaten VR was granted permission to upload footage from the journey, with some spectacular views from on the train, off the train, and atop the train with the use of a mounted go pro!

Have you had the opportunity to see or ride on an R class engine? We’d love to hear about your experience!