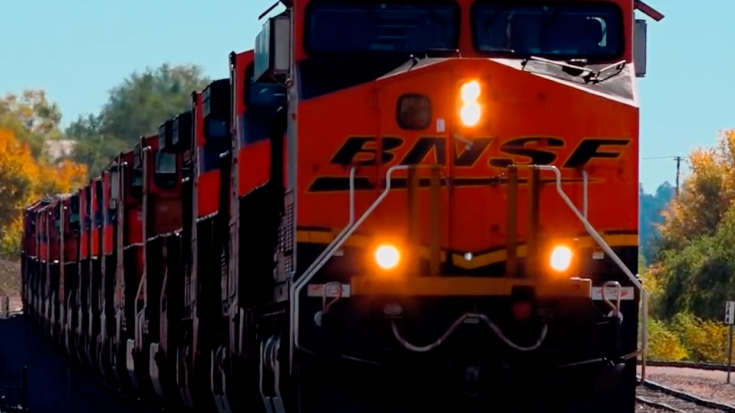 A rare catch as a “consist” of 28 BNSF locomotives put on quite a display!

Redistribution of power units happens all the time. Here you have 28 BNSF units heading through Flagstaff, AZ on the BNSF Seligman-Subdivison.

This consist (meaning formation) most likely is using two powered units in front and two DPU‘s (distributed power units) at the rear. All of the rest are DIC‘s (meaning dead in consist or in formation).