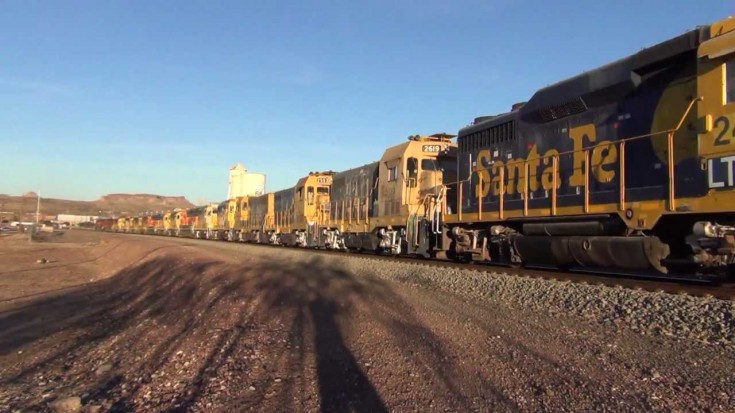 27 BNSF locomotives parade by in a power move lashup in Arizona!


In a power move from Barstow, California, to Chicago, Illinois, these locomotives will be sold and/or rehabbed and purchased for short line or overseas use.

A rare catch as a “consist” of 27 locomotives put on quite a display!

Sprinkled in are 23 GP-30’s locomotives and some Cf-7’s locomotives still painted with their familiar blue and yellow paint schemes!

All of the locomotive units are weighing in at approximately 400,000 pounds giving the train a total of 5,400 tons of weight!