Pacing The UP 844 At Sunrise 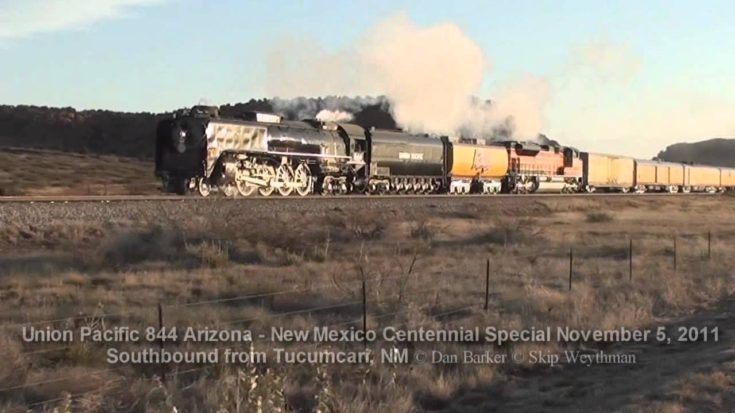 
No wonder they call it the “Land of Enchantment”!

UP 844 heads southbound at Tucumcari, New Mexico on her way to Almaogordo, New Mexico, on her way to Arizona. Filmed here in 2011, she has since undergone extensive overhaul at the Union Pacific Steam Shop in Cheyenne, Wyoming, and only recently been seen back on the rails in July, 2016.

This is such a stunning shot of the early morning sun reflecting off of her the deflectors or “elephant ears” in US railway slang, and of course the locomotive itself. The deflectors are designed to move the smoke away from the locomotive in order to give the engineers better visibility.

UP 844 was the last steam locomotive built for the Union Pacific Railroad and was designated for passenger service during her illustrious career.

If you’ve ever taken a ride on the UP 844 or a train like this let us know in the comments below! Would love to hear your experience on this classic piece of history!