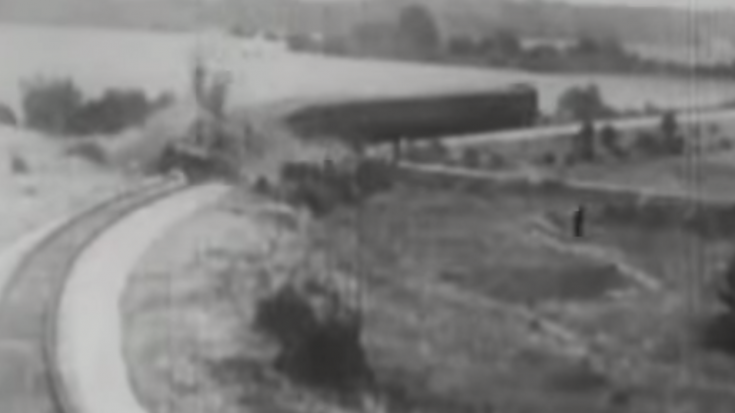 SECR F1 Class locomotive trashed for the sake of a movie!

Back in the days of melodramas and silent films, Britain and Germany collaborated on a 1929 movie project called “The Wrecker”. The plot was based loosely on an employee of fictional United Coast Lines Railway competing with Kyle Motor-Coach Company. Basically, an employee of
South Eastern and Chatham Railway also secretly owned the Kyle Motor-Coach Company and set up train accidents so that he could cash in on the needed alternate transportation after the accidents.

The staged crash in this scene was filed at Herriard on the Basingstoke and Alton Light Railway and used 22 cameras to capture the scene!.

Let us know if you like the old silent era films. We would love to hear about it!