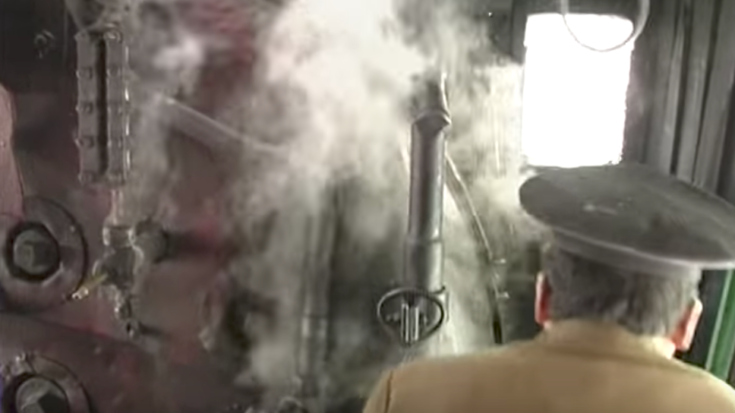 Temperatures on the Korean Peninsula during winter can drop to 60 degrees below zero!

Everything in North Korea is owned by the government, including the rail transportation. Hence, you see soldiers manning the cab of this locomotive in the freezing weather.

This locomotive is left over from World War II as a result of the Japanese occupation of Korea.

It is a Japanese-built narrow gauge Class 810 2-8-0 Mikado Type World War II vintage steam locomotive. Although most of these types of locomotives were scrapped for their metal, some are still around including this one.

You can see the oversized cab crew working feverishly as they take turns with the duties of shoveling what looks like oily coal, turning leaking knobs and gauges. The steam coming from the boiler as well as the valves appears to be non threatening, however, it is unknown whether or not they go through any type of boiler inspection on a regular basis.

Let us know what you think about this locomotive. We would love to hear your opinion!