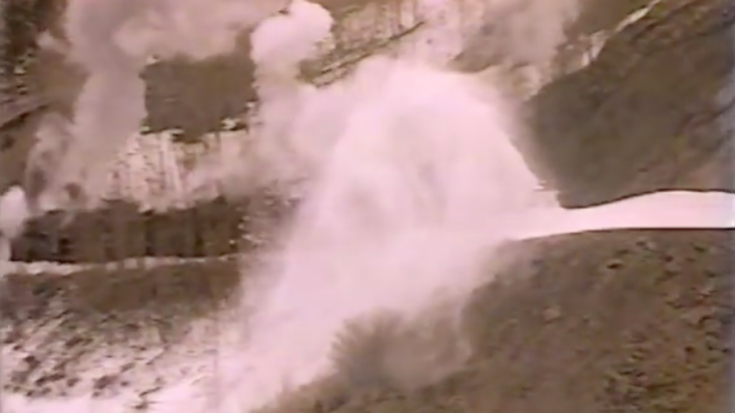 This truly rare event was caught by CBS back in 1991!

Railfans mobbed the scene in Chama, New Mexico, to witness an almost one of a kind steam rotary plow in action.

CBS described the railfans pilgrimage to to see this event as a “mob, a coleslaw of characters stricken with limitless lust to picture every railroad rarity!”

The engineer can be seen leaning outside of the cab of the plow which in action, describing the feeling as like “riding an earthquake!”

The plow itself was described as so incredibly ugly, it’s actually beautiful!

The idea of the rotary snow plow was first conceived by a dentist in Toronto, Canada back in 1869. The rotary plow was designed for deeper drifts where a sled plow would be ineffective.

Built in 1880 to support mining operations in the area, the Cumbres And Toltec Scenic Railroad covers 64 miles between Chama, New Mexico and Antonito, Colorado. The 3 foot narrow gauge railroad crosses over the Colorado and New Mexico borders 11 times before reaching the Cumbres Pass summit.

Let us know if you have ever ridden on this classic railroad. We would love to hear about your experience!