Monster Trestle Bridge In the Jungle 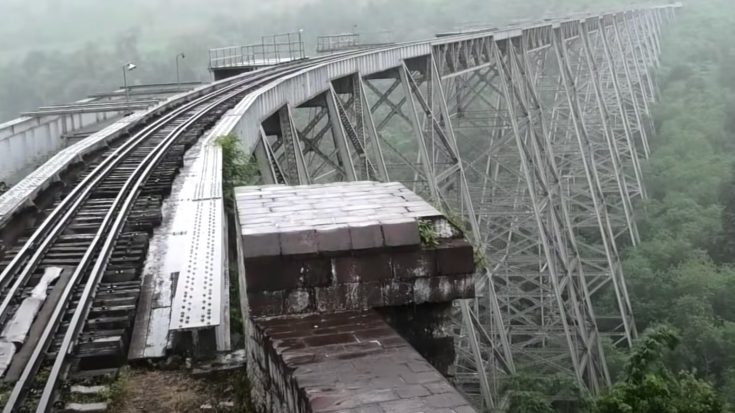 Once known as the largest railway trestle in the world, the Gohteik Viaduct is located in Myanmar and is operated by the Myamar (Burma) Railways.

Built in 1899 by the Pennsylvania and Maryland Bridge Construction Company and completed in 1900, its purpose was the connect towns of Lashio andPyin Oo Lwin, which was the summer capital of the former British colonial administrators.

The rail line was constructed to expand British Empire and influence in that part of the world. The rail line has since become a major tourist attraction.

Some quick facts about the Gohteik Viaduct:

Let us know if you have ever been to this part of the world and have seen this up close. We would love to hear comments!