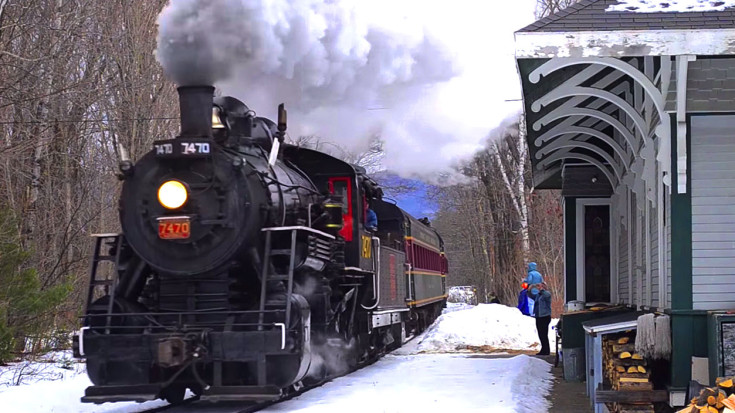 The Conway Scenic Railroad is home to this one of kind steam locomotive!

Set in the spectacular snow covered scenery of New Hampshire, this Canadian National steam locomotive treats us to yesteryear with her whistle, smoke and stream!

Built in 1921 by the Grand Trunk Railway Pointe St. Charles Shops in Montreal, Quebec, she was later acquired by the Canadian National Railway as #7470 in 1923. Being the only active coal-fired standard gauge steam locomotive in New Hampshire, she is seen making her last run before her FRA (Federal Railroad Administration) mandated 15 year boiler inspection and rebuild. 7470 is expected to be out of service for 2 years while the work is completed at the Conway Scenic Railroads steam shop. It is expected that #7470’s rebuild will completed just in time for Railfans’ Day in September of 2016.

Let us know if you have ever had to chance to take an excursion ride on this one of kind railroad! We would love to hear about your experience!