Intermodal Freights Battle It Out On A Curve 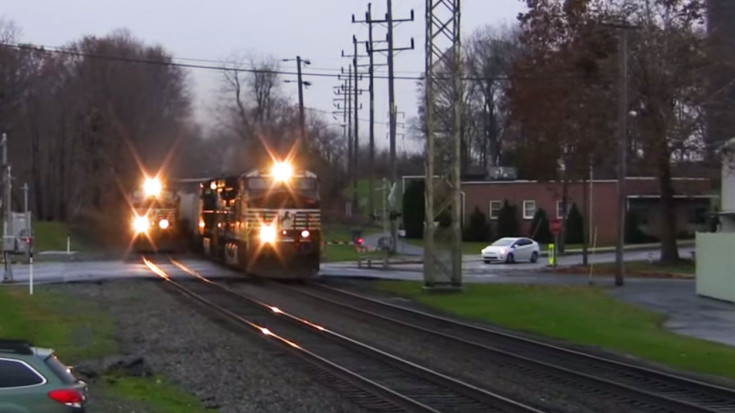 Horns are blaring as these two monster freights come reeling around the bend right at a crossing!

Rare footage of two Norfolk Southern intermodal freights lined up next to each other moving at a good clip!

You know the engineers were having a good time trying to out run each other!

Each one of these freights was about 1.5 miles long and had two and three locomotives for power.

3 facts about these locomotives!

Please let us know if you seen anything like this whereby two trains or more have raced together!