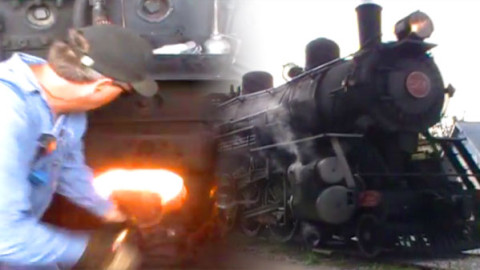 Part of American history, the Louisville and Nashville Railroad traveled through the heart of the south.

The first train to operate on the track in 1855 carried some 300 people and traveled eight miles from Louisville at a speed of 15 mph! By the time the Civil War began, the line had tracks laid throughout the battle states and actually served both Armies of the Union and Confederacy. One army would take to tearing up the tracks to prevent the other army from using it in. This went on in a back and forth effort throughout the war.

Once the war was over, the Louisville and Nashville Railroad began to repair and expand in the early 1900’s. Her lines linked up with the coal industry in Eastern Kentucky along the Cumberland River with gave the railroad much needed revenue hauling coal.

The Louisville and Nashville Railroad later merged with various short lines in the region until the Seaboard Coast Line Railroad in 1989. Some of her most famous passenger trains were called the “Humming Bird and Pan American” that ran entirely on their own routes from Cincinnati to New Orleans and Memphis, Tennessee.

If you’ve ever taken a ride on the L & N 152 or a train like this let us know in the comments below! Would love to hear your experience on this classic piece of history!