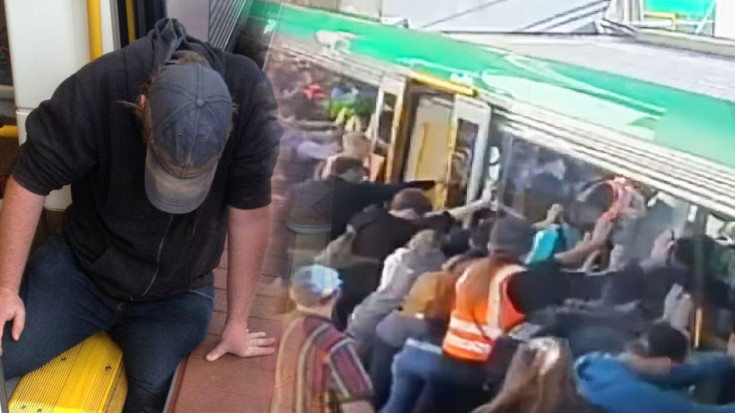 Talk about a close call!

A commuter- known only as Andy, on his way to Perth, Australia, was in for quite the surprise when attempting to board a passenger train from Stirling. All seemed normal as he approached the car, along with other would-be passengers to step on board, when he lost his footing, and his rear leg slid between the train, and the platform!

“It’s pretty unlucky to step back and perfectly align your foot in between the concrete and the plastic guards enough for you to fall down.” -Jake Smith, passenger/witness

The station’s CCTV (Closed-circuit television) caught the whole event unfold as other passengers scrambled to help their fallen companion. Passengers were initially directed to crowd the opposite side of the car, in hopes of shifting the tram, allowing enough space for the Andy’s leg to be freed.

“When that didn’t work, train staff got people off and gathered together enough of them to line up, 50 or so, and say, ‘One, two, three, push.’ ” -unknown witness

It was however ineffective, Transperth (the local provider of public transport services in the Perth area) staff begin directing passengers to push the train car, shifting it just enough so that the Andy could be freed from his current predicament.

Luckily Andy was not seriously injured and was able to walk away due to the staffs and passengers quick thinking, and compassion for their fellow man!

Have you or someone you know had any close calls when “minding the gap”? Let us know!