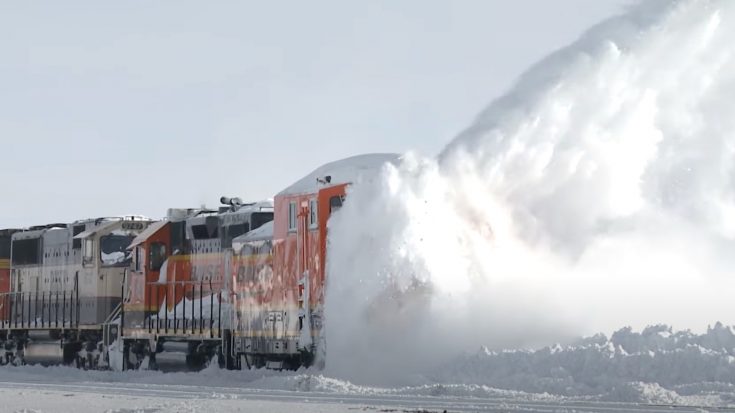 BNSF snow plow clears snow off of the tracks in South Dakota.

BNSF 972555 is put through her paces after being rebuilt by the Relco Machine Company in Iowa.

The locomotive is powered by a reserve power unit behind which supplies electricity traction motor which spins the large fan blades in the rotary unit.

With 12 foot blades in the front, this turbo charged diesel engine behind the rotary car can power the blades at speeds of up to 150 revolutions per minute. The plow engineer controls both the plow and the trailing locomotives.

Let us know if you have ever seen one of these rotary plows in action.