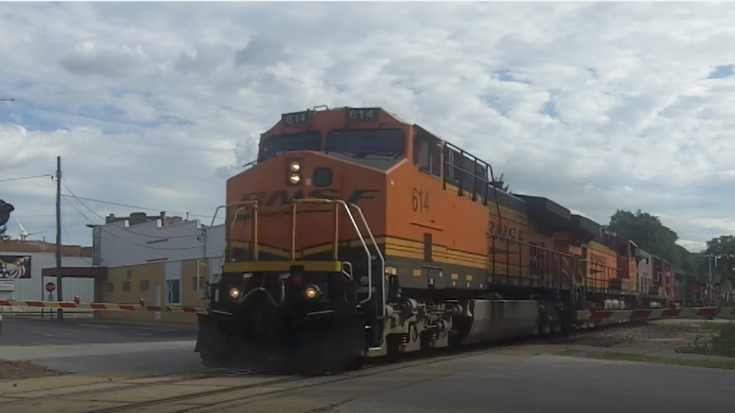 Back in the day, the Santa Fe Super Chief led the way with its distinctive red, silver and yellow Native American themed passenger trains which has carried over to today’s diesel freight locomotives.

Redistribution of power units is a great catch if you are a true railfan. Here you have 28 BNSF units heading through Erie, Il on the BNSF Barstow Subdivison.

These locomotives are most likely to be sold and/or rehabbed and purchased for short line or overseas use.