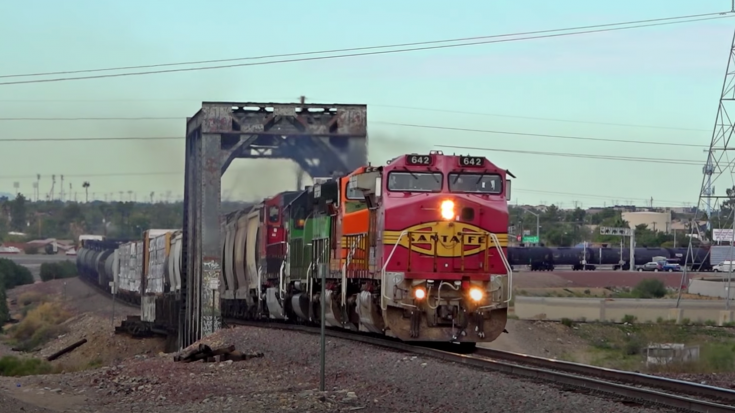 Santa Fe #642 dressed in her “WAR BONNET” colors leads the way on this colorful BNSF lash up of power.

As always, there is plenty of freight action in the desert southwest including Arizona, California and New Mexico. This consist is shown in and around the Phoenix area as a mixed freight with oil tankers, covered hopper cars and center beam cars.

These locomotive units are weighing in at approximately 400,000 pounds each giving the power unit total of 1,600 tons of weight!

Let us know if you love diesel locomotives in the desert. We would love to hear your thoughts!