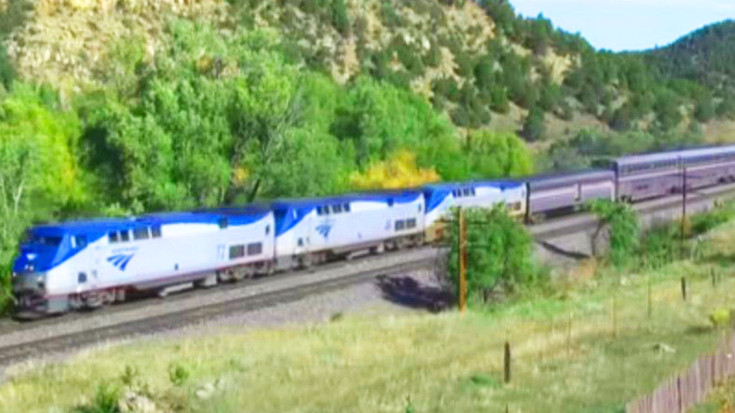 The Amtrak “Southwest Chief” is the modern day version of the old “Santa Fe Superchief” which originates daily from Los Angeles to Chicago.

The scene from the rear the train (about 7 minutes into the clip) is not to be missed. She passes a slow moving freight on the track next to her at about 70 mph all filmed from the back platform!

The 2265 mile route covers what was known as the old “Santa Fe Trail” that the pioneers forged with their wagon trains and stage coaches trying to reach California for its gold!

When Santa Fe Railways first started passenger service on the this route, the train was known as the Santa Fe Superchief.

The Southwest Chief travels an average of 55 mph on its journey from Los Angeles to Chicago and takes roughly 45 hours to complete.

If you’ve ever taken a ride on Amtrak’s Southwest Chief let us know. Would love to hear about your experience!