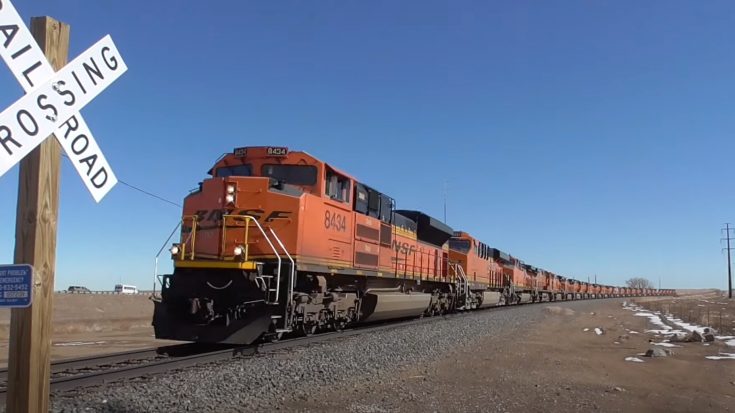 Located outside Denver on the Brush subdivision, BNSF heads to Barstow, California in a redistribution of power. Among the units are 3 locomotives painted with old Santa Fe “Warbonnet” paint scheme.

All of the locomotive units weigh approximately 400,000 pounds giving the train collect weight of 5,200 tons.

The Brush Subdivision sees around 20-30 trains per day including coal trains from the Powder River Basin, intermodal, Z trains, and a few manifest and Amtrak trains.

Let us know if you have ever seen a power move of locomotives. We would love to hear about your experience!