You’ve Got To See How The World’s Largest Steam Engine Works! 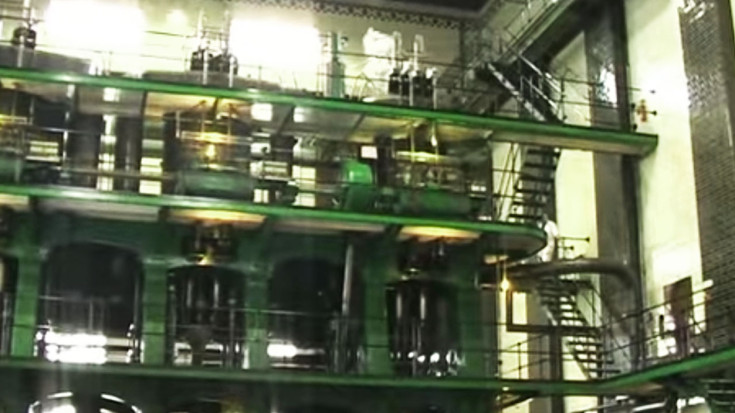 Just outside of London, England, exists a small town with a huge claim to fame, houses the largest functioning Triple-expansion steam engine in the world!

Kempton park, the area in question is home to two of these magnificent 1,000 ton Triple-expansion engines, colloquially known as the Triples! In service since the mid-late 1920’s, the engines were responsible for pumping 19 million gallons of drinking water a day from the River Thames to North London, working 24 hours a day, 365 days a year (except of course when servicing was necessary). The engines were eventually decommissioned in 1980.

The triples were numbered #6 & #7 as they had followed an original series of five LIlleshall triples installed in 1906!

The Kempton engines #6 & #7 were named after The then-chairman of the Metropolitan Water Board Sir William Prescott, and his wife, Lady Bessie, respectively!

The Triples, built by the Worthington Simpson Ltd company works at Newark on Trent (near Nottingam) suffered a bit of degradation post retirement. Luckily for us one of the engines was indeed restored, making it the largest example of a working triple-expansion steam engine that you can find anywhere in the world! The other has remained on static display, so that guided tours may be given up close to the engine, without the worry of moving parts causing dangers to visitors!

Although these engines had a massive price-tag, when it came to efficiency and reliability, the triples were hard to beat!

Have you had the opportunity to see these massive steam behemoths? Tell us about it!