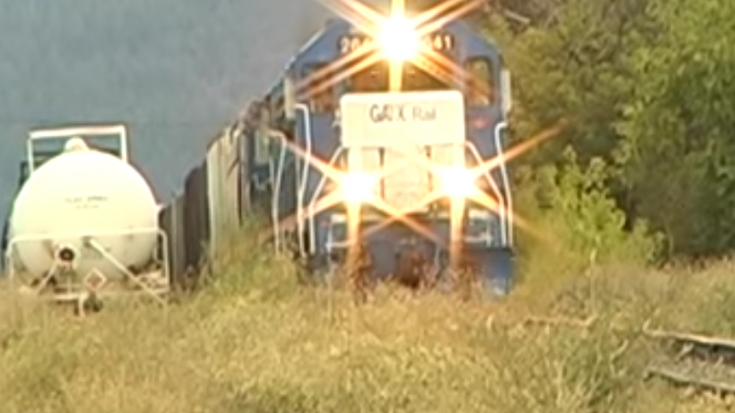 The Kelowna Pacific Railway shows its disrepair in its waning days of operation.

Due to lack of revenue, the maintenance of way crews had a difficult time keeping up with maintenance on the 104 mile line.

Seen here traversing the Okanagan Valley, the KPR transported of 16,000 consists per year in its heyday. Most of the freight was wood, grain, cement, and scrap metal. The KPR averaged a train 5 days per week of heave loads which eventually took its toll on the ballast and rails.

In 2013, Canadian National announced it reached an agreements with a major shipper and two local unions to continue service on certain portions of the track. The original track out of Kelowna was torn up.

Let us know if you have ever seen this line in operation. We would love to hear about your experience!