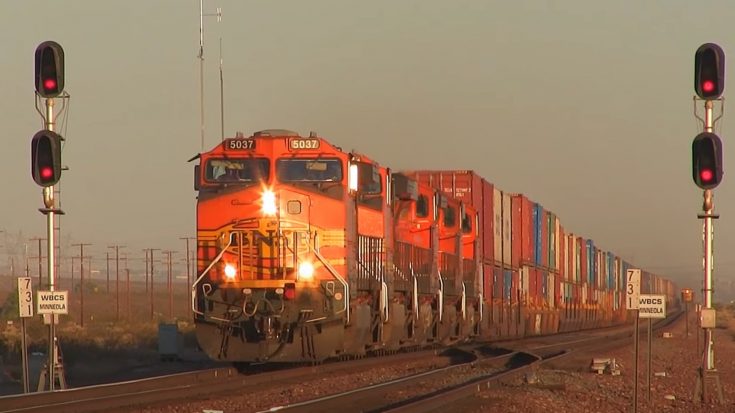 The BNSF consists of intermodal double stackercars means that the top of the freight cars are most likely around 20 feet high in places and usually 100-120 cars long.

Terrain and total tonnage of the train dictates the amount of extra locomotive help that is needed for each manifest. The consists can weigh anywhere from 4,000 tons to upwards of 9,500 tons.

Distributed power units (DPU) meaning diesel engines in the front and helper units either in the middle or at the rear of the train.

Some quick facts about BNSF locomotives: