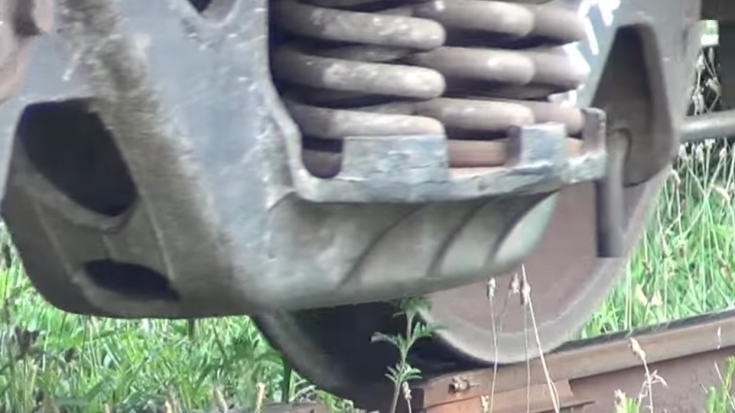 It appears that this train in running on weeds!

For much of its length, the tracks are in very poor condition due to lack of maintenance as a result of past bankruptcies and low capital expenditures over the last 50 years.

While work continues on the cleanup of the Napoleon, Defiance & Western Railroad, all that is needed here is:

This short line railroad was the victim of multiple mergers and bankruptcies over the years and the neglect shows. Much of the 53 mile long stretch of rail is built over Ohio’s Great Black Swamp and is in poor state of repair. The current rated load capacity of the track is supposed to be 263,000 lbs.

All of this neglect along with the extreme temperature changes throughout the years, has led to massive rail stressing! The rails have twisted and shrunk also affecting the ballast, ties, and rail spikes which can lift out after time.

The Napoleon, Defiance & Western Railroad, a subsidiary of Pioneer Railcorp, runs the line between Woodburn, Indiana and Liberty Center, Ohio.

In the meantime, it is slow going for this locomotive over what used to be the mainline Wabash Railroad.

Let us know if you have old tracks where you live that are still in use. Hopefully, they are in better condition than these!