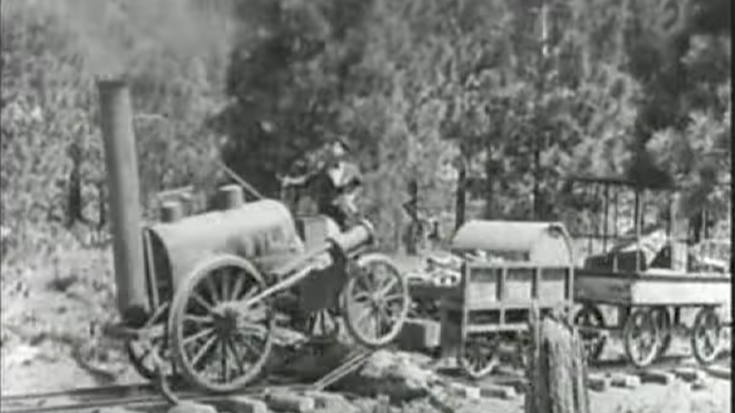 This silent comedy called “Our Hospitality” filmed back in 1923 shows a replica of this British locomotive being used in a comedy sketch starring the famous Buster Keaton. This silent film used english subtitles and made $537,844 at the box office which was considered a great success.

Notice that the locomotive is using wood rather than coal for the fire box and had a single pair of driving wheels.

The Rocket locomotive was actually operated by the Liverpool and Manchester Railway.

The Stephenson Rocket weighed almost 9,500 pounds and could reach speeds of a whopping 28 MPH!

Some quick facts about the Stephenson Rocket steam locomotive.

Let us know what you think of this classic piece of film history! We would love to hear you comments !