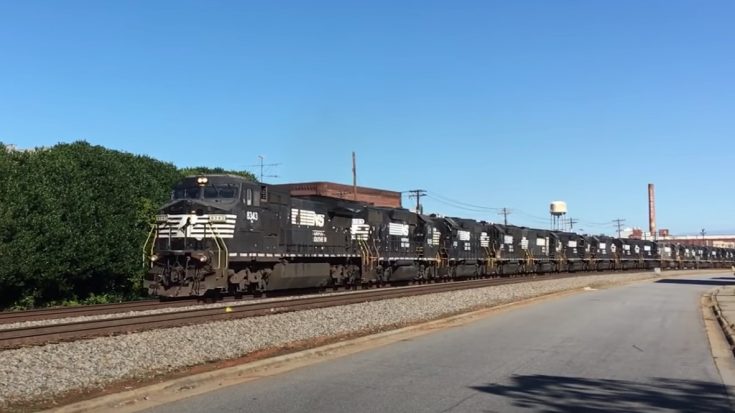 Service days are over for these most of these locomotives!﻿

Power moves are a great catch if you are a railfan. These 18 Norfolk Southern locomotives are heading to the scrap yard. Some NS executive units are on the tail end as part of the transfer, but are not in danger of the welders torch!

All of the locomotive units are weighing in at approximately 400,000 pounds giving the train a total of 3,600 tons of weight!