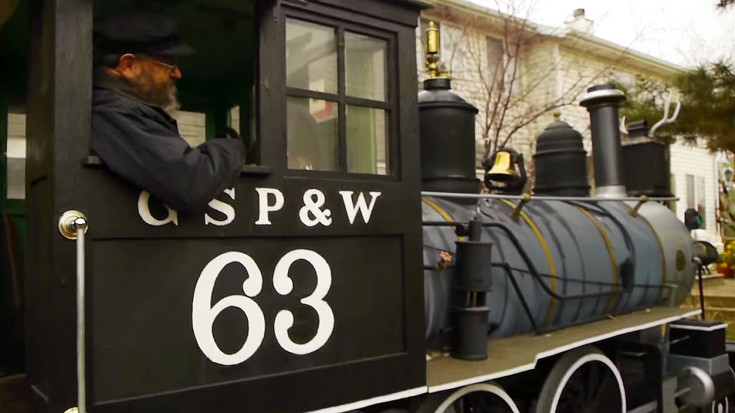 Gary Myers, a hobbyist and railfan, is very familiar with more elaborate craftsman projects. Having done quite a bit of work that is well respected in the steampunk art community, his true passion lies with locomotives!

The project started as a storage shed that Myers wanted to disguise as a train depot!

Gary who on many projects over the years, came to the realization one day that he doesn’t own any of his own art, and set out wanting to change that. Gary, fascinated by locomotives and model trains, decided that he would build the best model train that he could!

The engine caboose and track were all built the same way a smaller scale model would be, but just with larger proportions!

Gary went to work creating a 1:1 narrow gauge locomotive! It took him 9 months to build the engine but he just felt like something was missing. It was at that point he realized he needed a caboose, and six months later the car was complete!

All of this was built in Gary Myers own backyard!

Would you want your own full scale model locomotive in your back yard? We’d love to hear your thoughts!