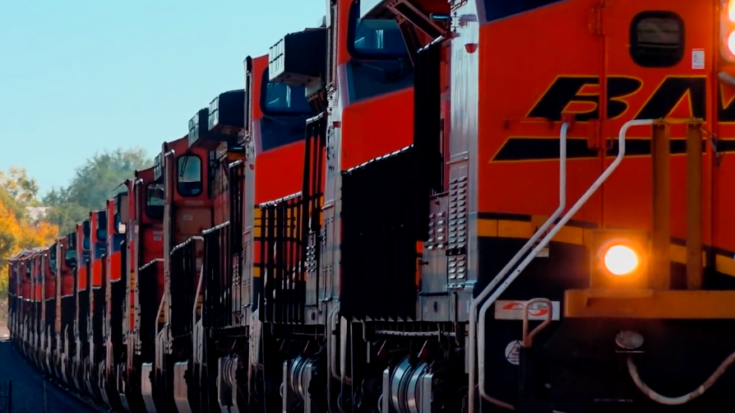 Magnificent of GE power on BNSF is amazing and awesome !!!﻿

A redistribution of power units is a great catch if you are a true railfan. Here you have 28 BNSF units heading through Flagstaff, Arizona.

These locomotives are most likely to be sold and/or rehabbed and purchased for short line or overseas use.