Landslides In Black Canyon Keep Engineers On Their Toes! 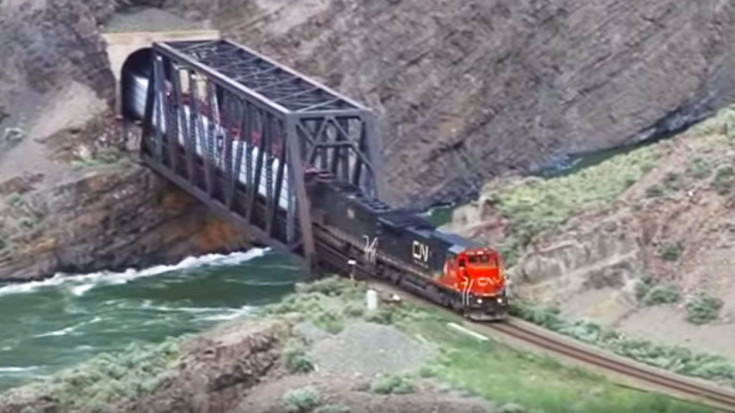 In 1880 a massive landslide known as the “Great slide” dammed up the Thompson river!

Viewed from an overlooking bluff  you can see the steep canyon walls that surround the Thompson River, whose curves continue to carve the great and daunting Black Canyon!

Back in 1880, an area north of Black Canyon and about 6 miles south of Ashcroft served as the seen of a massive landslide on the east side of the river bank. Enough earth moved to dam up the river and completely block the water flow!

The dam created was a half mile long and eighty feet high!

Water started immediately filling behind the earthen dam and locals feared an all out catastrophe down river once the dam finally let go. Working quickly, brave individuals climbed the earthen mountain the slide created and slowly cut a deep channel through the top of the slide which allowed the water through gradually.

Backhoes and gravel cars mounted on the rails work to clear the constant slides that occur along the track!

Let us know if you have ever had the opportunity to railfan in this area! We would love to know if it is as beautiful and rugged as it looks!