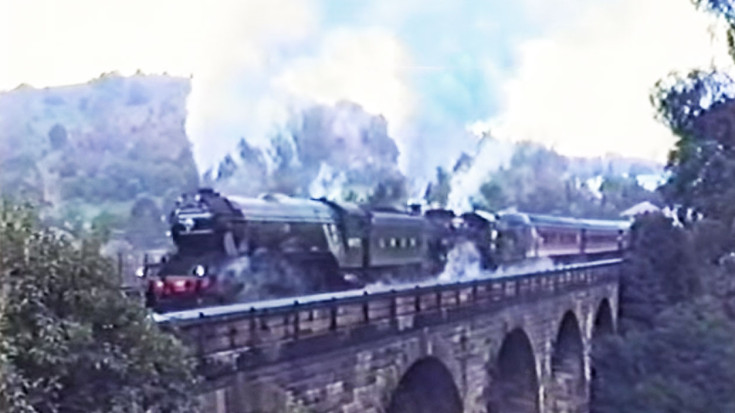 Located on the grade from Picton to Thirlmere, Australia, these two classic locomotives have all they can deal with trying to pull this mainline tourist excursion train up the grade. Time after time, the Flying Scotsman loses her grip on the rails while #5910 pushes along.

At the time The Flying Scotsman was on loan to celebrate Australia’s Bicentenary!

The #5910 is a variation on the “USATC S200 Class Mikado” 2-8-2 wheel arrangement locomotive which came to Australia as a rare order of locomotives from the United States after World War II due to the lack of steam power needed by the NSW Railways.

Meanwhile, the Flying Scotsman has honored distinction of becoming the first steam locomotive to officially have reached 100 miles per hour! She was retired from regular service in 1963 after covering over 2,076,000 miles in her illustrious career. She has also been in countless movies and participated on many excursions.

Quick Facts about the Flying Scotsman!

Let us know if you ever had the chance to see the Flying Scotsman in action! We would love to hear from you!