Fantastic Ride Along On The Magnificent Miniature Daylight Locomotive! 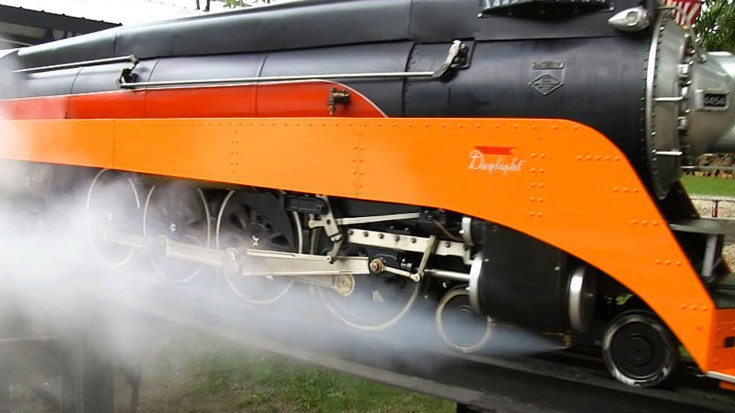 Dan Miotti is one happy railfan! He also happens to be the builder and owner of one of the best Southern Pacific Daylight GS-4’s replicas we’ve had the pleasure to see!

Part of the Illinois Live Steamers, Dan received a visit from hobbyist Youtuber RideswithChuck who specializes in going on interesting rides, in interesting vessels! Miotti’s Daylight GS-4 proved to be quite the interesting means of transport to Chuck, so we’re lucky enough to get this video from him of the magnificent mini-engine.

At around 6:20 in the clip, you can see the engine slightly derail, and then see the process of getting her back on the tracks!

Miotti’s mini steamer, numbered 4454, took him 11 years to complete. This was no overnight craft project! Early on, much time was spent researching the only surviving member of the GS-4 class, #4449, as the rest of the engines (including the engines namesake #4454) have all been scrapped!

This steamer is the real deal, running on propane it looks and sounds just like it should be running down the mainline. The engine even has its own set of passenger cars, painted in the same Daylight paint scheme!

Have you had the opportunity to see or ride a miniature locomotive such as this one? If you were going to build one, what engine would you build? Tell us what you think, we’d love to hear from you!