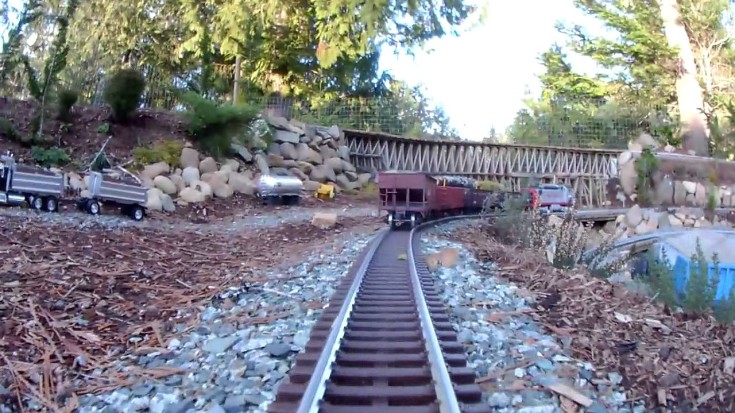 This Railroad buff loves detail on his garden railway!

You get an engineer’s view from the front of the train!

In this clip, you can see the meticulous detail of trestles, cars and track side landscaping that has gone into this layout. Many, many man hours are represented in this garden train layout. Notice as the train makes its way around the layout all of the switches used and the superb use of landscaping.

Garden Railroads are not an inexpensive hobby either! At roughly $6 per foot for track and thousands for engines and trains, a layout like this could easily cost upwards of $10,000.

Oddly enough, some of the most expensive parts to a garden layout have nothing to do with the trains themselves, but the landscaping!

Moving dirt, hauling rocks, building ponds, and pouring concrete are some of the more expensive items when it comes to the design and execution of a garden railway layout!

Garden railroads are usually built on either brass or aluminum track, depending on the your budget. Also, the long longer track layouts may require jumper stations to keep the electricity up so there is no delay of the of locomotives. All things to be considered when designing your own layout at home.

Let us know what you think about this layout and how it could be improved! We would love to hear your comments! 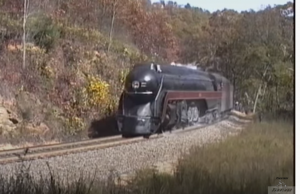 J611 On The Saluda Grade 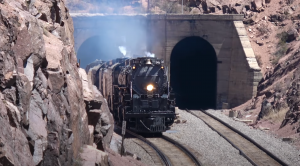