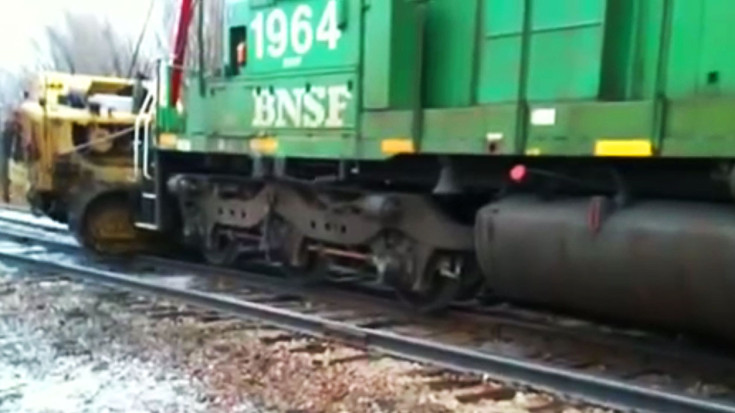 BNSF engine #1964 was off the tracks and the only logical step would be to get her back on the rails. Everything seemed to be going just fine, and it appears to be just another day on the job as the engine begins lifting off the ground, and proceeds to be guided by the work crew.

Suddenly the weight of the engine, combined with the angle of the crane leads the locomotive to begin tipping over with the machine still hooked in! The crane begins to follow suit, tipping over as well, but thanks to some quick thinking, the crew let gave it some slack, and were able to bring both the engine and the crane back to ground without any damage!

After backing up, and getting into a better position, the crane is able to get back to work and successfully re-rails the engine that almost took it down!

If you’ve ever seen a train re-railed, and have images of it, we’d love for you to share them with us!