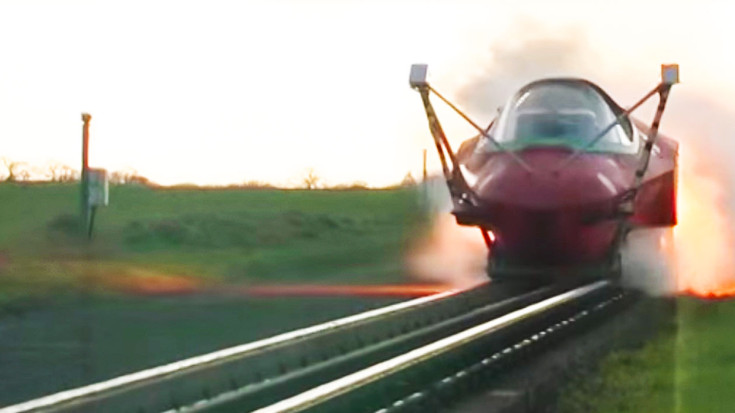 BAE systems, a British multinational defense, security, and aerospace company based in London is one of the worlds largest defense contractors. Its largest operations are within the United States and the United Kingdom and as such they have been contracted to produce a standard escape system for the F-35 Lightning aircraft.

This clip shows theF-35 escape system flying down the track and ejecting the seat, displaying a successful run. What we see however is a rail car, being propelled by jets, down a set of rails! This looks like a new rail system that needs funding!

With speeds exceeding 600 MPH the car comes just short of the sound barrier which is broken at 761.2 mph!

Imagine literally flying down the rails in this car, with jets propelling you down the tracks at speeds unheard of on the railways! This RailJet (patent pending) reaches speeds in excess of 600 mph! Sure maybe it would consume a lot of fuel, and probably wouldn’t be feasible for passenger car hauling, but who needs practicality, when you can enjoy a trip down the rails at speeds just short of breaking the sound barrier! 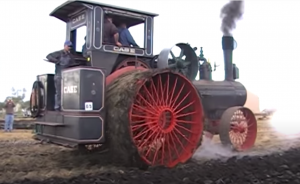