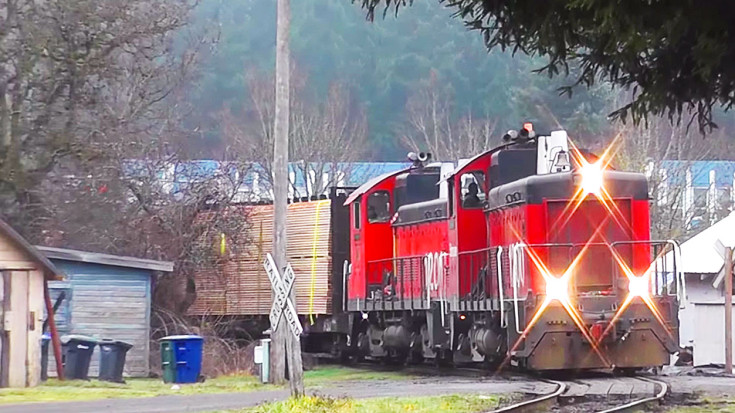 Washington State is losing the last traditional logging railroad in the United States!

The Simpson Lumber Company sold off all of its assets and is closing its doors after 120 years of operation in the Northwest. Founded in 1890 by Sol Simpson, the company is currently trying to figure out how to repurpose the track it will still own after the closure. The railroad portion of the company was extensive and branched out into hundreds of miles of forest at one time. Currently, it is down to less than 10 miles of operational track.

Although not shown on this clip, the Simpson Railroad was an engineering feat, with large complex bridges including the High Steel and Vance Creek Bridges. The High Steel Bridge is one of the tallest bridges in the United States.

This clip shows the logging train carrying thousands of board feet of lumber passing through Shelton, Washington on its way to lumber purchasers!


Let us know if you have lived in or around Simpson Railroad and have seen these trains making their way though your area!

Nothing Wrong With These Tracks …..

NKP 765 On The Horseshoe Curve